Giving Back To The Music "Acton Trails Music Festival" 2016

Save the Date: Satrday October 8th 2016. A Music Festival right in your own backyard.
Fun for all!

The Festival is centrally located in our northern Los Angeles County. Acton, CA is a hidden gem nestled in the mountainous high desert just an hour from downtown L.A.

Campsites are available. Great bands, great food, beer garden, tattoo artist, relax ...get a massage. There's nothing quite like experiencing an atmosphere like Thousand Trails, with running streams, pools to cool off in, full hookups, enjoying live music, sipping on some brews with friends without the worry of having to drive, eating finger-licking Bar-B-Que and a variety of mouth-watering foods, indulging in all the different festivities and booths.

Enjoy the Music Festival during a day or make it a weekend get-away. It doesn't get any better than this!

Reserve your "Acton Trails Music Festival" tickets for the day or your reservation package for your tent camping, RV camping or your personal on-site Luxury Cabin experience.


Our event ideology is focused around preserving the Music and giving back to the Education and School Music Programs.


Our Foundation's heart beats to the education of the lost music programs so that a student's talent is found before it's forgotten.


We are hoping to open the door for the art of musicians and the enrichment towards the future.


Benefited by:
• Acton Chamber of Commerce and many other public local organizations:


• Antelope Valley College, AVC, and other schools will be getting on board.


The Founders:
Leonard Davis, CEO
Leonard is a 15 year veteran in the music business working with top Musicians and producers. He has managed projects with the likes of Brian Kennedy, four-time Grammy award winner. As well as other well-known artists and producers and is very savvy with the business of music. It’s a natural fit that Leonard is now a part of a Music foundation to help raise money to give back to the Education of music in the public schools.

DJ Craig Ec, Operations
Craig Ec started his musical journey at the early age of 13 after loving Run DMC’s DJ Jam Master Jay. This inspired him to want to become a DJ. Over the years Craig Ec has been on tour and performed with many artist from pop to rock and hip hop to country. Artists include Stevie B, Debbie Deb, Warrant, Great White, Quite Riot, L.A. Guns, Far East Movement, Bel Biv Devoe, Scotty McCreery, Tone Loc, Naughty by Nature to name a few. Craig Ec is also a radio personilty starting his radio carrer as a mix show DJ on KIIS-FM, then working for KMIX-1063 and currently with 100.9 The Heat.

Brianne Bajo, Secretary
Brianne was raised in Acton, a small town in Los Angeles County California and currently lives there with her two children. Brianne is a local real  estate agent and single mother who sees the struggles first-hand of under-funded music programs in the public school system, and one day decided she wanted to do something about it. After a meeting with co-founder Leonard Davis, the foundation was formed. Brianne has a burning desire to see music programs continue in the public schools. Her inspiration for the foundation is based on the hope for a brighter future and to make a difference giving back to the kids and the greatness of music. 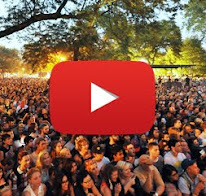 "Giving Back to the Music"